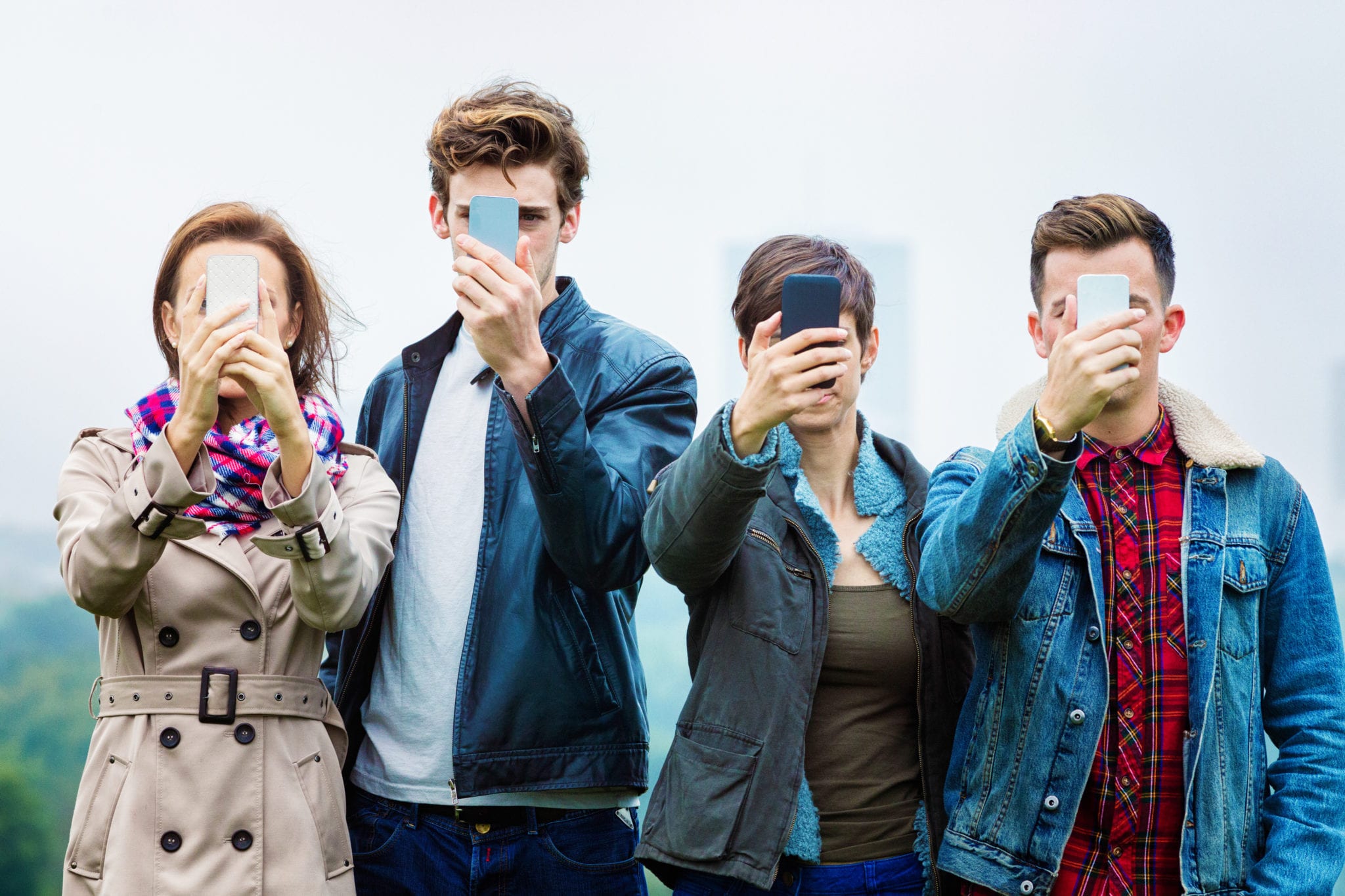 More than fifty years after the sexual revolution, sex in America is in a free fall – especially among young adults who historically have the most sex. The children of baby boomers – who revolutionized American sexuality during the 1960s – engage in far less sex than their parents. Millennials not only do it less but they lose their virginity later than their parents and Generation X. The share of Americans saying they’ve had no sex in the past year is rising. Perhaps most surprising, young adults top this list.

Some have called these trends a “sexual counter-revolution”.They contend that, during the sixties, we saw a freeing up of attitudes towards sex. Whereas flower children pushed back at boundaries, millennials almost crave them. Now, sexual fear has replaced sexual freedom. Children have always rebelled against their parents. But, typically, they do so by upping the stakes. Today, young people are countering the freedom of boomers with a new more puritanical approach to sex.

Casualties of the “sexual counter-revolution”

Many factors are at play in the decline in sexual behavior among millennials – from social media to social anxiety. I recently attended an Anti-Aging Academy of America (A4M) conference. I was shocked to learn that 33% of millennials are infertile. This figure applies to both young men and women. And the consequences are dire. I see some sociological and health ramifications that are as clear as day:

So, the whole “Netflix and chill” thing?

Both young adult men and women struggle with these new sexual health challenges. So, all that talk you hear about “Netflix and chilling”? It may be just that – talk. In real life, millennials are binge-watching more and more and, um, “chilling” less and less.

But it’s not all doom and gloom. Less sex has lead to much positive social change – from fewer unplanned pregnancies to broadening the public discourse. Millennials have pushed issues of consent, sexual harassment, and rape to the forefront. Never before have we seen such unprecedented acceptance of LGBTQ community.

Yep. You read that right. Despite the buzz about “hookup culture,” from 2004-2012, young adults did the deed no more than their counterparts from 1988-1996. They were, however, less likely to be in steady relationships with their sexual partners. According to the General Social Survey, some 18- to 30-year-olds don’t do it at all. Time magazine puts the figure at one in three 20-somethings who have never had sex at all. Rather than sleeping around, many millennials focus on getting ahead.

No sex at all? What gives?

Explanations for this phenomenon abound – experts blame everything, including: 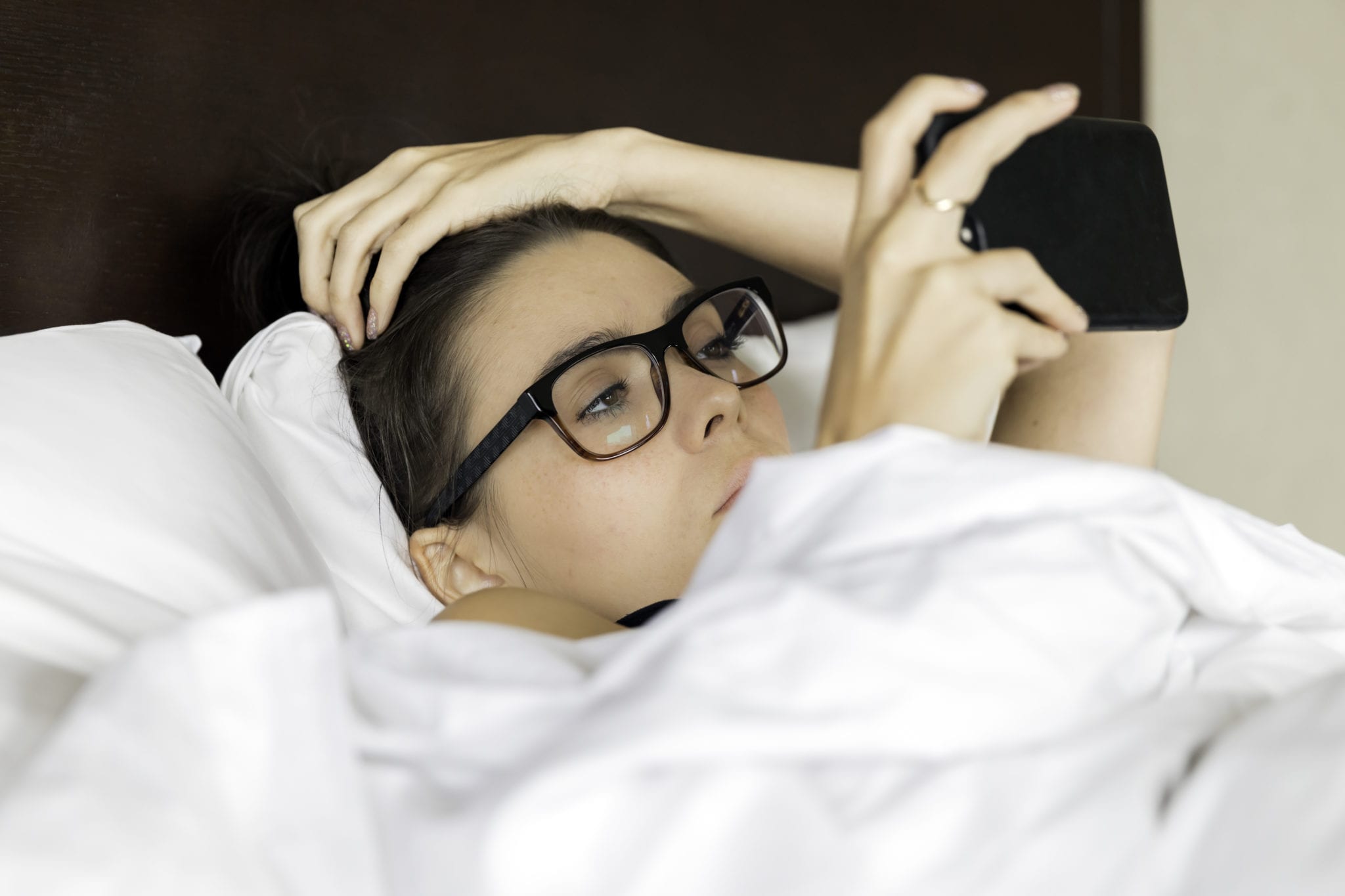 While millennials may not be doing it in record numbers, they do their Sex Ed homework online.

The possibility that millennial conceptions of what constitutes “having sex” may skew the results. Anecdotally, in my practice, I’ve seen a rise in oral sex – especially among young adult patients. Even so, these numbers indicate an undeniable cooling off of sexual conduct.

Are millennials the most cautious generation?

If boomers are the sexiest generation, millennials are the most cautious by a landslide. Helicopter parents raised their millennial children to be risk-averse. From birth, they wore helmets and fastened seatbelts. But, risk-taking plays a major part in sexual experimentation. With unprecedented access to information about sex via the internet, millennials could easily learn about pregnancy risks and sexually transmitted diseases (STDs). Such access made an already anxious and serious generation more so. No generation before possessed so much awareness about sexuality and so little real-life experience.

Millennials grew up in the shadow of HIV and informed about STDs. When boomers had their day in the sun, such fears were nonexistent. Free love really felt freeing. Not for millennials, who use condoms more than boomers ever did. I see this positive pattern in my practice, as well.

The millennial generation may view their parents’ comparatively fast and loose behavior as a cautionary tale. One they then apply when making their own life choices. These cautious millennials not only have less sexual partners than boomers. They also limit all sorts of risky behaviors:

Money and marriage: Are millennials choosing salaries over sex?

Some posit that sharing a roof with their parents accounts for the nosedive in sex among millennials. For the first time in over a century, more young adults live at home with parents than with a spouse or partner. Married people have greater access to sex than single people. Indeed, marrieds engage in more sex, more often. Since millennials tend to marry later, a decrease in sexual participation makes sense.

Studies show that, globally, millennials log some serious hours. Many are virtually married to their careers. So much so that they work crazy hours for job security and moving up the corporate ladder. The emphasis on preparing first for college and now for careers came at a cost. Many millennials simply missed out on romantic relationships and age-appropriate sexual experimentation. Just the behaviors that typically lead to marriage.

Millennials have an historically low marriage rate. And, obviously, since married people are less likely to be virgins than the non-married, it follows that a decline in marriage means an increase in virginity. 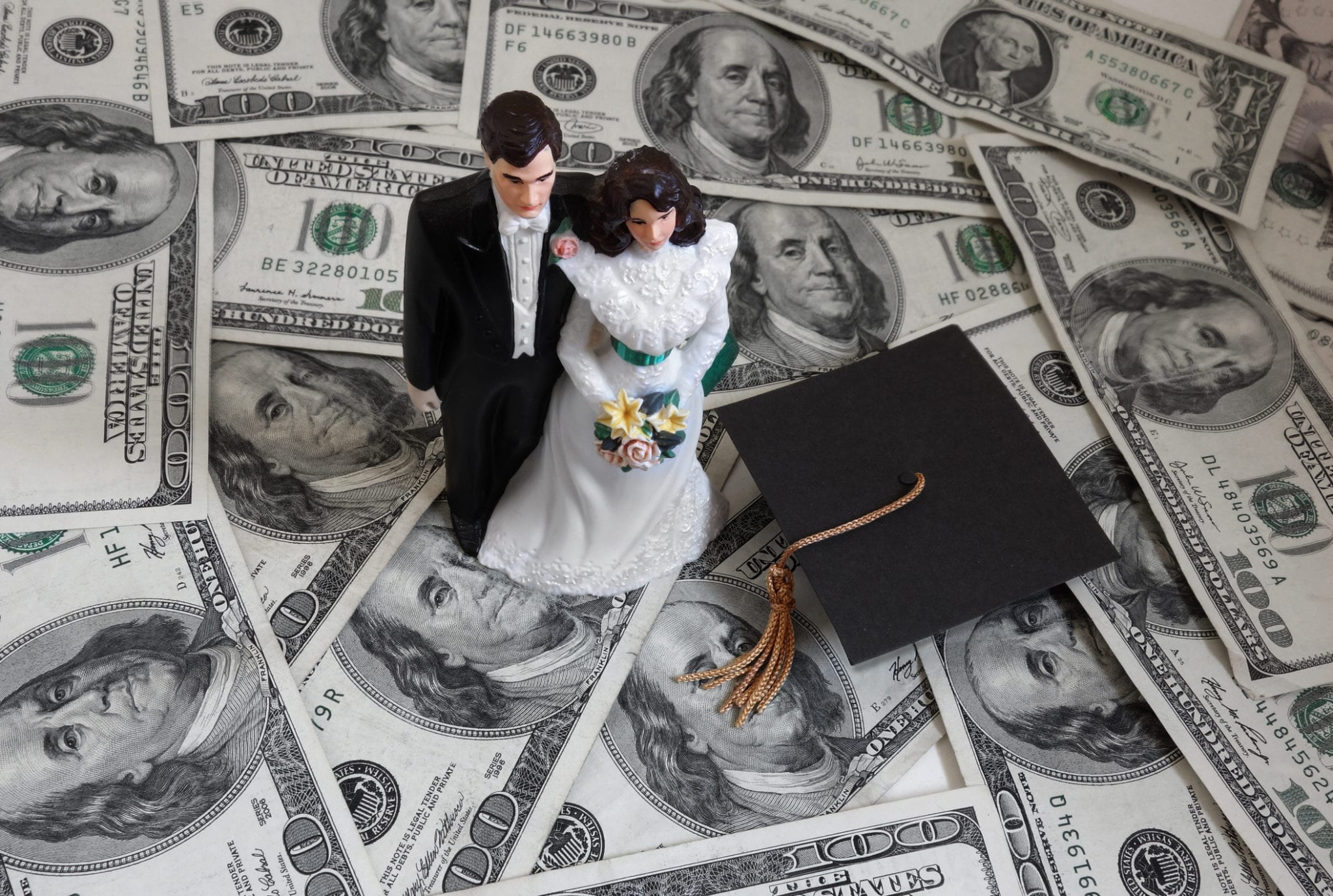 Postponing marriage until you’ve got serious bank sounds smart. But it may impact your ability to conceive.

Making relationships work involves many facets – and money plays a fundamental part. However, putting off marriage until you get your financial house in order may impact your chance of conceiving. Later marriage correlates directly to women having babies later in life. Among those experiencing difficulty conceiving – and this number is higher than you think – many look into fertility treatments later, too.

Millennials grew up with new media pervading every aspect of their lives. The proliferation of smartphones and increased screen time undermine the development of non-virtual relationships. Today, we are witnessing a sexual disconnect not seen in prior generations. New technology encourages millennials to devote time to social media, video games, pornography and other virtual distractions. And spend less time with their human peers in person. Less flesh-and-blood encounters mean less sex.

Social media also contributes to the decline in sexual intimacy among millennials. According to the Pew Research Institute, 88% of 18- to 29-year-olds scroll away their days on social media. A majority report visiting Instagram every day. And 38% report visiting the app multiple times per day. Simply getting a “like” of one’s social media postings triggers a dopamine bump. This bump simulates an addiction cycle similar to drugs.

During their spare time, many millennials are choosing their screens over sex and selecting their devices over dating.

Those in previous generations found their stimulation face-to-face. Millennials continually immersed in an electronic world experience no human contact of any kind. A recent study found that, contrary to popular belief, older populations aren’t at the highest risk of feeling lonely. In fact, loneliness peaks among teenagers and young adults. Social isolation often dovetails with low self-esteem, particularly among young adults.

Meanwhile, finding sex outside of relationships has never been easier. Dating apps allow singles to hookup with multiple partners – in shifts throughout the day, if they desire. With the help of smartphones, partnered-up people can keep illicit liaisons secret from their partners in ways not imaginable before. Extramarital sex is more widely accepted among millennials than any age group. In a recent study, compared to older generations, millennials reported the lowest disapproval of infidelity at 75 percent.

For millennial singles, online dating leaves much to be desired as well. Researcher Jean Twenge, a millennials-expert tells the Washington Post that the prominence of online dating contributes dramatically to their slumping rates of sexual activity. Twenge points the finger at dating apps’ emphasis on physical appearance which “leaves out a large section of the population.” This superficial component leaves many feeling left out and less likely to risk the emotional damage that comes with rejection. Many millennials would rather be safe and solo than suffer the consequences of “catching feelings.” 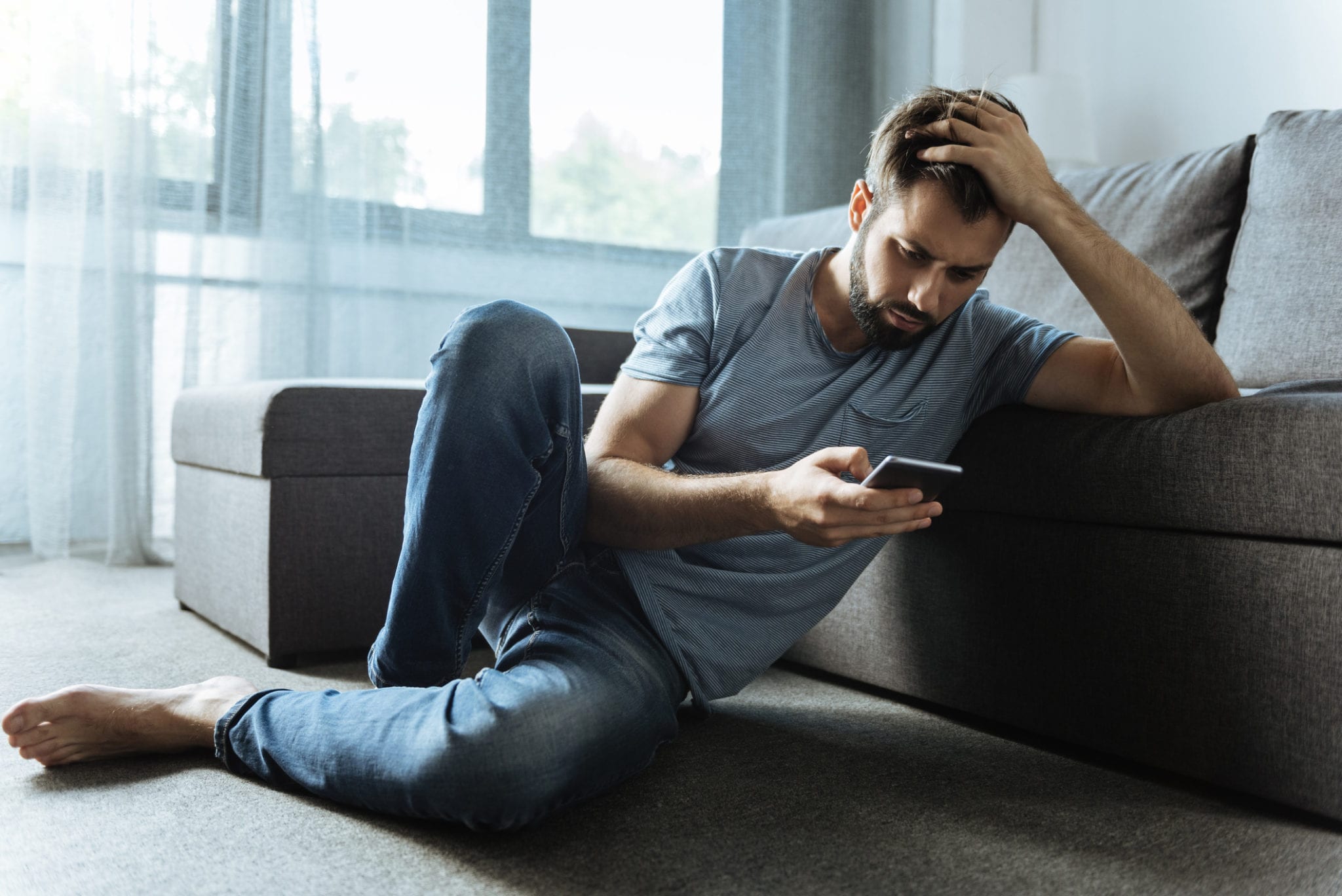 Many single millennials would rather be safe and solo than risk rejection or the possibility of “catching feelings.”

I’m not in the mood: Millennial sexuality and mental health

It’s not hard to imagine how the challenges of 21st-century life would spawn an epidemic of anxiety among this generation. A survey published earlier this year by the American Psychiatry Association found that millennials are by far the most anxious generation. Women tend to be more anxious than men, and people of color scored 11 points higher on the anxiety scale than Caucasians. Millennials are reporting these and other mental health conditions at higher rates than any generation before. Such awareness may not necessarily mean that they are suffering any more than their previous generations. However, they are considerably more vocal – and less judgmental – when it comes to mental health.

For the “anxious generation,” life in a digital world is complicated and many millennials feel overwhelmed. Constantly. All of the benefits of technology come at a toll. Higher educational demands and pressure to earn hefty incomes also lead to an inflated quest for perfection. Because they spend so much time online, millennials cannot resist the urge to compare their personal and professional achievements to everyone else’s. This practice leads to low self-esteem, insecurity, and a host of other unhealthy mental habits.

Is sexual perfectionism a thing?

Specifically, a dramatic increase in perfectionism – even when it comes to sex. Perfectionism often manifests as a fear of failure – or not performing constantly at your best. Fear of failure in the bedroom is very real. I talked about sexual perfectionism above and I hear these concerns from my patients almost daily. Taking pharmaceuticals is not always the solution and, in some instances, may even compound problems.

One in six Americans are on antidepressants, and the rate is even higher among millennials. Many medications used to treat anxiety and depression decrease libido and sexual activity.

If that’s not depressing, I don’t know what is. For those of us in the medical profession, now is the time to start having different conversations with our patients.

Millennials may not be hitting the sheets en masse. They are, nevertheless, highly informed about sexuality. Since most millennials grew up with easy internet access, the way they learned about sex differs vastly from past generations. Whereas boomers had their first intimate encounter with a Playboy magazine, many millennials found early thrills online.

Sure, both generations likely heard some version of “the talk” from their parents. However, millennials could consult Google for any follow-up questions rather than press their parents for embarrassing details. Millennials are also a more open and less judgmental group. They came of age with important issues like LGBTQ rights, consent, and sex positivity as part of the national conversation. 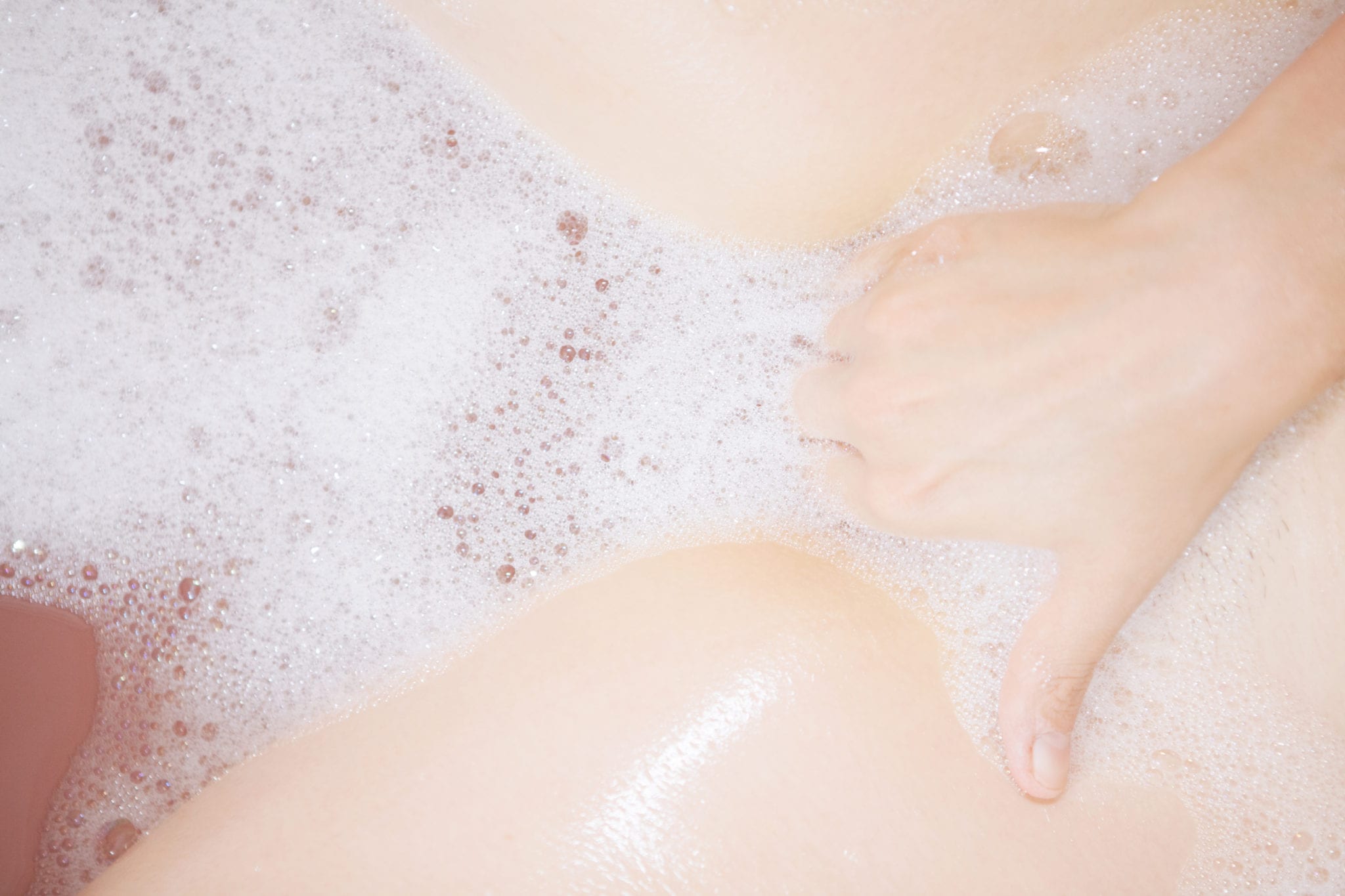 Self-love is the ultimate in safe sex. And the most “cautious generation” is practicing more than most.

Say what you will about the millennials but at least the “cautious generation” is practicing safe sex. And lots of it.

This site uses Akismet to reduce spam. Learn how your comment data is processed.